Notice is hereby given that the Annual General Meeting of the Dronfield Woodhouse Sports and Social Club will be held at the Club on Wednesday, 19th July 2017 at 8.00 p.m.

The meeting will receive the accounts for the year ended 31st December 2016 together with the reports of the Chairperson and Treasurer, elect members to the General Management Committee, and consider any resolutions received by the Secretary.

john Reilly and the band perform at a special weekend gig to play mainly Motown and Soul.

Last time they id this at the club there was standing room only.

Admission is a bargain £5 pay on the door so get there early to make sure of a seat. 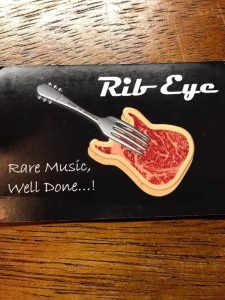 On Saturday 14th October we welcome top local band RIbeye. This will be a great FREE night in one of the best gig venues in the area. Non members are welcome to come along and enjoy good music, sensibly priced drinks and a great atmosphere.

Again the club is proud to present the best firework displays in the area! Plus food and beer, and many different stalls for your entertainment.

Gates open at 5.30 The big bonfire will be lit at 6pm. Please note that we cannot control the wind on the night and ash from the bonfire may be blown about.

The second Firework Display will start at 8pm. This is the BIG ONE which attracts all the plaudits and compliments.

Live music in the club afterwards and the club will be open to non-members.

There is no parking at the site so please park sensibly and responsibly on the roads surrounding the club, especially Carr Lane itself. This is a major access route for public service and emergency vehicles out towards the Peak District which must not be blocked or narrowed by parked cars.